Great day, good people! Just a quick note. I am stealing away during the season of Lent. There will be no postings from Journey of Jewels until after Easter. Need a little boost of encouragement in the meantime? Check out previous posts of inspiration by clicking on the following:

I truly appreciate you

“One can’t lead a multitude to greatness if the leader refuses to be led to repentance. Humility is the way.” ~ Tammi Love 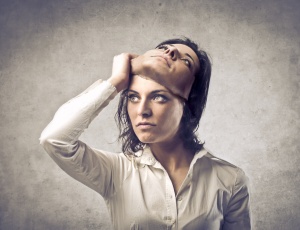 I think one of the worst things to call someone is a hypocrite or a fraud. What a dreadful description! Sadly, we can admit there are more wearing that title today than ever before. Whether consciously or unconsciously, hypocrisy is becoming one of the fastest growing norms of our day. There’s probably already a t-shirt glamorizing the coolness of the trend. No matter which word is used (hypocrite or fraud),  they’re both epic fails because they don’t arouse our spiritual beings to press toward the mark of a high calling in Jesus Christ. God expects more from us than our complacent, self-righteous, two-faced, fraudulent ways. He expects us to be transformed and renewed daily, recognizing the signs of our time. God shares His concern in Luke 12,

” Then he turned to the crowd and said, “When you see clouds beginning to form in the west, you say, ‘Here comes a shower.’ And you are right. “When the south wind blows you say, ‘Today will be a scorcher.’ And it is. Hypocrites! You interpret the sky well enough, but you refuse to notice the warnings all around you about the crisis ahead. Why do you refuse to see for yourselves what is right?” (verses 54-57, The Living Bible)

Let’s get this right. No more doing it our way. God knows best and He said stop fooling around with the life He gave us. Wake up and pay attention! Be ye transformed!

Pray – God, I offer my everyday, ordinary life to you to be transformed, changed from the inside out. I no longer want to fit in the world around me, I only want to fit in your will for my life. My attention is on you! I want to live a life pleasing in your eyesight. God, hear my prayer. God, be my strength. In the precious name of Jesus I pray, Amen.

This week’s Helper is written in accordance with My church’s weekly Lenten devotions centering on healing and deliverance in seven areas during the Lenten season. This is the last week of the season. This week’s devotion is on transformation.

Let’s face it. There are some things in life that are easier said than done.  One of those things is forgiveness. It’s the infamous ‘F word’ that has prevented many from enjoying a full and peaceful life.  I would even dare say that forgiveness is the miracle-working medicine God designed to cure and heal our families, communities and the church worldwide. But still, interestingly, easier said than done.  Why? Because the hurt, harm and pain one inflicts on another, intentionally or not, looks and feels differently for each of us on the receiving end. It digs in and rests in uncomfortable and sometimes volatile places and anchors there, allowing for no attempts of rescue. The idea of actually forgiving that someone or forgiving some group of people, organization, entity or even forgiving yourself may be repulsive to you, scary or offensive even to your spirit. The offense was too much, too major, too big of a deal to forgive. You may even be thinking, ‘If you knew my story you would understand why I just can’t do it…not now.’ Understood. I get it. If you prick me, I’ll bleed too. And then one day my weakened spirit got a transfusion from God’s word. God reminds us all in scripture, as Jesus hung on the cross, dying, with the unthinkable sins of the whole world upon Him,

What an example of forgiveness! I had always read that scripture from the context of Jesus’ resurrection, the chronological events of his death and rising, but never from a context of how to forgive others. Jesus endured so much from those who intentionally did Him harm, yet He still pleaded for God to forgive His offenders.  His offenders had not accepted who He was, who His Father was, nor had they accepted or understood what was to come. They truly did not know what they were doing! Yet Jesus was genuinely, not facetiously, concerned for them. We are expected to do the same and, surprisingly, when it seems we can’t, we actually can – in God’s strength! He is our Father and we are His children. God reminds us in Matthew 6:14-15,

Pray – God, let me strive to be more like You and extend forgiveness to others. I realize now more than ever that by doing so my life will be better and it will be pleasing to You too.

This week’s Helper is written in accordance with My church’s weekly Lenten devotions centering on healing and deliverance in seven areas during the Lenten season. This week’s devotion is on forgiveness. 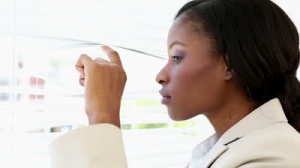 I was so moved by today’s Lenten Season Fast devotion that I wanted to share it in today’s Tammi’s Hump Day Helper.  My church is availing itself to a weekly devotion centering on healing and deliverance in seven areas during the Lenten season. This week’s devotion is on truth.  The following is a powerful, matter-of-fact excerpt from the devotion that I believe will bless you, if you allow it:

“Surrendering to God is more than a “once-in-a-lifetime” process; it’s something we need to do on a daily basis. As various situations arise, we are tempted to fall back into old patterns and consequently, we need to repeatedly give the matter over to God and respond as He directs us…Remember that you cannot play games with God. He knows what’s going on , which means you can’t keep anything from Him. He knows you better than you know yourself. In fact, if you are really serious about turning your life over to Him, He may reveal some things to you that you’d rather not see or that you wish you didn’t have to confront. Christ said, “You will know the truth, and the truth will set you free” (John 8:32). It’s only when we surrender to the truth about our lives that we can be set free from the things that bind us. Truth leads to change – one day at a time. So be patient – God isn’t finished with you yet.”

Pray – “Thank you, Jesus, for this day, for new life, and a new start. Keep me open to the truth about myself. Day by day set me free from the things that bind me. Renew me by your Spirit so I reflect more of who you are every passing day. Amen.”